"Ron is a very angry bitter and nasty person who projects all his hurts [sic] and abuse on other people. I feel sorry for the boy and will pray for him." - Anonymous comment, 28 Jun 2011


"Ron is a very angry bitter man who has so many problems he projects on others. I feel sorry for him. He is very lonely." - Twitter user @smilesforyour, 28 Jun 2011


"Ron Lewis you've proved your point - you are a piss poor [sic] excuse of [sic] a human being. LOL! You sound sooooo jealous in these poorly written [sic] 'complaints'. Someone just needs to punch you in the face. I think I'll be swinging by to do that... See you soon mate..." - Anonymous comment, 18 Sep 2012

Write Your Own Complaints

This blog reproduces the work of other authors using the "fair-use" rationale of UK copyright law.

The rest of the text is presented free of copyright. You are welcome to repost, copy and/or modify any part of my work.

Emma Brumpton is not a Scientologist


Pictured below are four people who are definitely not Scientologists. 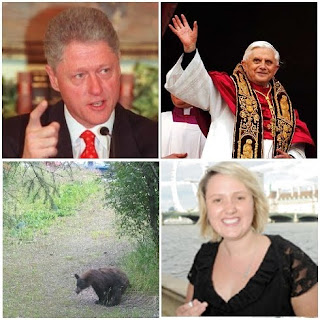 (Image credits: bottom-right, others)
In the top-left corner is the amateur saxophonist Bill Clinton, who may be familiar to you for having fornicated with his intern. To his right is Cardinal Ratzinger, who is apparently a Catholic.

Below them is a large, furry mammal who, according to some reports, defecates in the woods.

The fourth member of the quartet is up-and-coming journalist Emma Brumpton. Emma is not a Scientologist. In fact, she works for Associated Press. 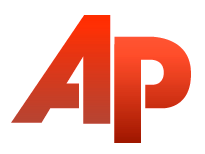 (Image credit)
Sarcasm aside, which of them is the odd one out?

Notable absentees at a spectacular fund-raising event for Scientology back in 2009 included Cardinal Ratzinger, ex-President Clinton and the above-mentioned incontinent ursine.

One person who did manage to make it, however, was non-Scientologist Emma Brumpton. 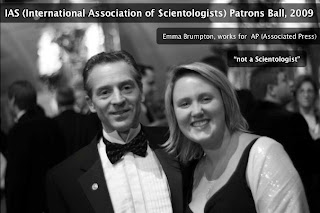 "I have attended 1 event in the past [the Scientology fund-raiser mentioned above] which [sic] I was invited to speak about my charity in London helping young adults affected by gun and knife crime in London produce films..."

Tickets for the event, by the way, would have set you back an eye-watering £595. No doubt Emma, as a non-Scientologist, was offered a generous discount!

Posted by Sceptical Letter Writer at 09:23 No comments: